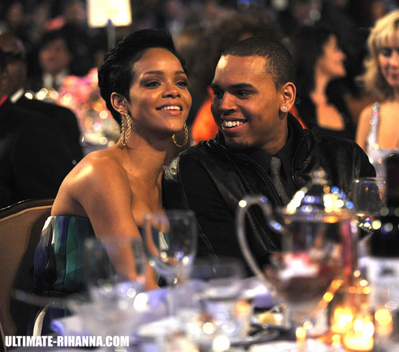 According to People Magazine Rihanna and Chris Brown are back together! The pair have reunited almost three weeks after Brown, 19, allegedly battered the “Umbrella” singer on Feb. 8, a source tells PEOPLE.

“They’re together again. They care for each other,” says the source. The on-again couple are currently spending time together at one of Sean “Diddy” Combs’s homes, on Miami Beach’s Star Island.

Adds the source: “While Chris is reflective and saddened about what happened, he is really happy to be with the woman he loves.”

In its latest issue, PEOPLE reports that Brown called Rihanna on her 21st birthday one week ago. “He called to wish her happy birthday,” a source told the magazine. “They’ve reached out to each other. It’s been mutual.”

Brown was booked by LAPD for making criminal threats but the case has not yet been presented to the District Attorney, who will ultimately determine which charges, if any, will be prosecuted.