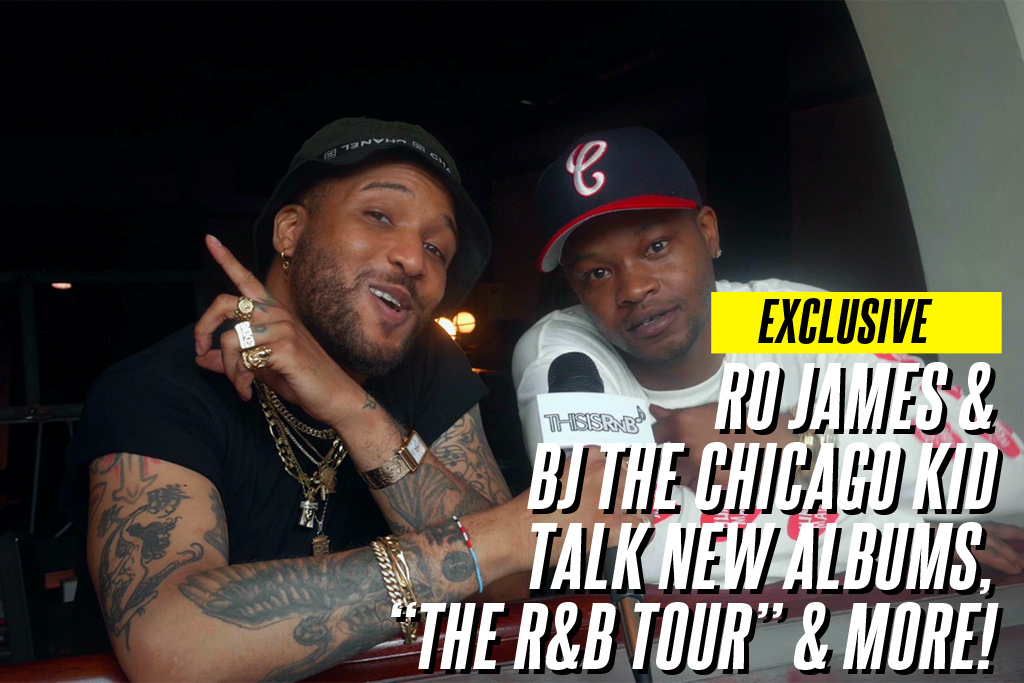 Ro James and BJ The Chicago Kid are leaders in R&B music today. Last month, they joined forces to make memorable moments with their joint “The R&B Tour.” Launching on May 15 in Atlanta, GA the 9-city trek brought them across North America on one of the best R&B concerts we’ve witnessed in recent memory.

ThisisRnB caught up with Ro and BJ prior to their show at Bowery Ballroom in New York City for a candid interview. The conversation opened about the tour including how it came together, and how it has been received. The show was not-to-be-missed as the fellas clearly put their passion for the music and the art of performance into each concert. Sharing the stage like tag-team wrestlers, Ro and BJ truly brought the audience on a journey through their music and R&B classics, at time turning the venues into a straight party.

Following our discussion about the tour, Ro and BJ both open up in great detail about their new EP’s (Ro recently released the ‘Smoke‘ project while BJ dropped ‘The Opening Ceremony‘), and what we can expect on their forthcoming albums, which are both due out this year. One new song in particular that Ro was excited to talk about is called “Nightmares” and it was inspired by his friend and fellow R&B singer Leah LaBelle, who sadly passed away earlier this year. Always open and conscious to speak about his state of mind and growth, BJ was equally candid about describing the inspiration behind his latest work, and how it translates to his much-anticipated follow-up to 2016’s In My Mind.

Additionally, both Ro and BJ speak about the current resurgence of R&B and how they are excited to be at the forefront of giving us soulful, honest, current music that transcends generations.

Check out the full interview below, and stay tuned for some great new music coming from both Ro James and BJ The Chicago Kid this year!

Jade Novah Releases Video for "All Blue," Shares New Song "Next to You"