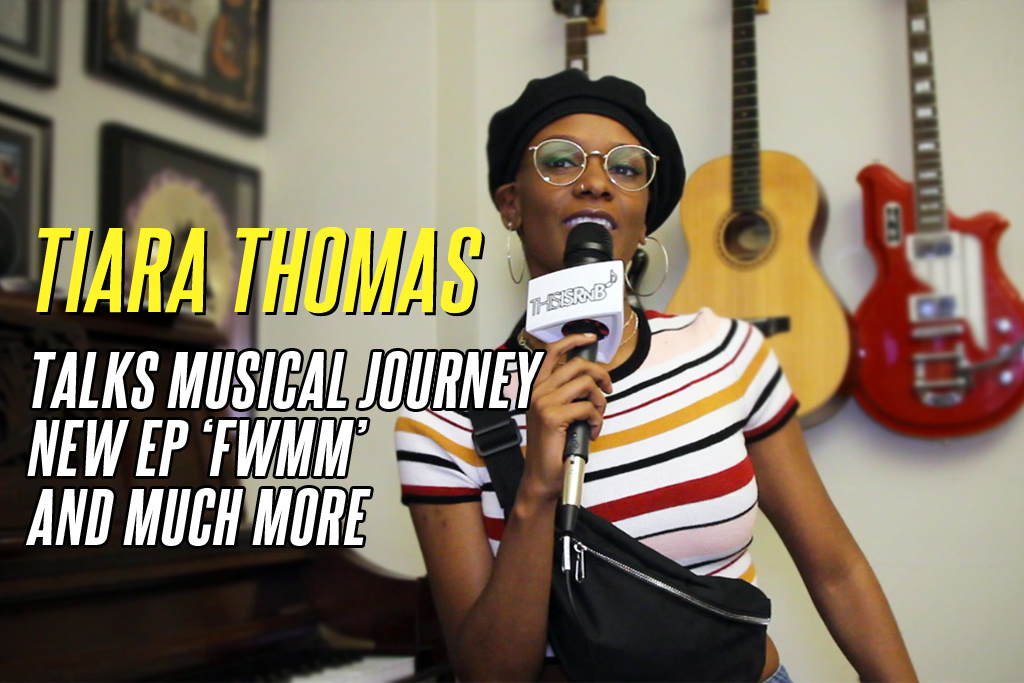 Tiara Thomas gets in her own head. On the heels of releasing her latest EP project FWMM (which stands for Fuckin’ Wit’ My Mind) ThisisRnB caught up with the singer-songwriter for an in-depth interview. Always down-to-earth and chill, the Indiana native shared her ‘mind’ with us.

After breaking into the scene with Wale on the hit single “Bad” the songstress inked a record deal with platinum hitmaker Rico Love and Interscope Records. The deal was short-lived and Tiara requested to be released. Since that time she has come and gone as she pleases, but with each return offering fans a consistently stellar, quality project. Thomas was candid as she spoke about her musical journey to date, including the past project’s ‘Up In Smoke‘ and ‘Don’t Mention My Name.’ Each fueling her creativity in different ways and helping her express not just her artistry but her inner most emotions over relationship experiences.

Moving onto her latest work, Tiara explained how the title is really directed at herself and how she always tends to get lost in her own head, dwelling over issues, questioning it but also coming to accept it as her process. While talking about her creative process and coming up with the dope melody for the song “Sex Drive,” Tiara explained why her favorite place to write is in the car. Additionally, she shares some unexpected musical influences from her youth that she still incorporates into her vocal production.

For the rest of this year, Tiara plans to keep touring, hopefully collaborate with Swae Lee, write for other artists, and release one more EP in the fall, before her full-length album, due next year.

Listen: Boy Band Next Town Down Make It Look "Easy" With New Single

The Weeknd Says He Scrapped 'Upbeat' Album for 'Melancholy'