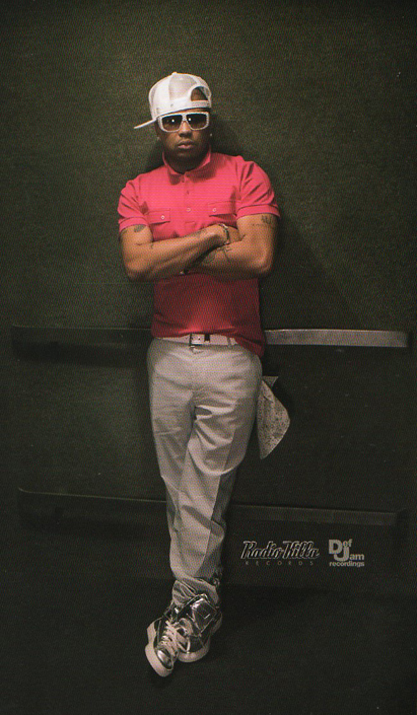 A second album from The-Dream this year is apparently a reality.

The “Umbrella” songwriter and solo artist tells Billboard.com he’s “seven records in on a new album,” tentatively titled “Love King” and targeted for a December release. “I have to pace myself ’cause there’s so much time between here and then,” The-Dream says, “but the seven records I do have are timeless records. Whether they come out now or later it’s not really going to matter what kind of records they are.”

And while his latest release, the gold-certified “Love vs. Money” — which came out in March and debuted at No. 2 on the Billboard 200 — featured guest appearances by Mariah Carey, Lil Jon and Kanye West (on the current hit, “Walkin’ on the Moon”), The-Dream says no features are set yet for the next album. “Usually it’s one of those things where I kinda wait,” he explains. “I wait ’til the end, and then who’s ever doing their thing at that particular time, that’s who I get.”

The-Dream is balancing recording sessions with preparations in Los Angeles for his tour with Keyshia Coles, which starts Wednesday in Cincinnati. Unlike his “special guest” stint on last year’s Jay-Z/Mary J. Blige trek, this tour will allow him to present “a bigger Dream,” complete with four dancers and a five-piece band.

“I’m coming pretty stocked-up this time,” he says with a laugh. “I’m like a kid in a toy store, like, ‘Oh, this is gonna be fun!” I’m coming DVD-ready.” And, in fact, he plans to film a DVD at some point during the tour, which wraps June 21 in Oakland, California.

The-Dream says fans can expect songs from his two albums but plans to offer only “hints” of the hits he’s written for Rihanna, Usher, Carey, Blige, Jamie Foxx and others. “I don’t have enough time,” he explains, though there will be a cover of Michael Jackson’s “Dirty Diana.” “I’ve been trying to sing that song forever,” The-Dream notes.

He’s also planning his own headlining run for the fall, when his repertoire will be expanded not just by the “Love King” material but also by forthcoming work with Carey, Brandy, Christina Milian and Puff Daddy, the latter with a song called “Change” that The-Dream calls “probably one of the best male records I’ve ever written…the best record I’ve written besides ‘Umbrella