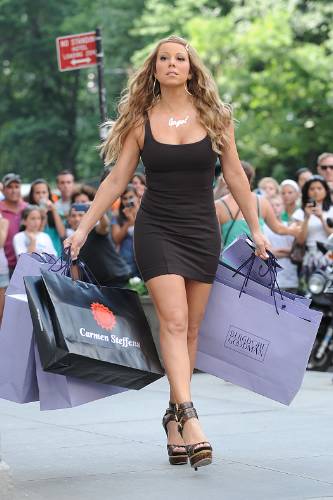 Mariah Carey’s cross-dressing video for “Obsessed” will get a primetime premiere.

The clip for the first single off the pop diva’s new album will debut this Wednesday at 9 p.m. EST/PST on NBC’s “America’s Got Talent,” which is hosted by her husband Nick Cannon.

“Just wanna let you know that the world premiere of the ‘Obsessed’ video is on ‘America’s Got Talent(hosted by NCx0x) Wed.night..July 15th!” she wrote Friday on Twitter.

The Brett Ratner-directed video was shot in New York and features Mariah dressed as a man (see photos). The songbird’s twelfth studio album Memoirs of an Imperfect Angel is due Aug. 25.