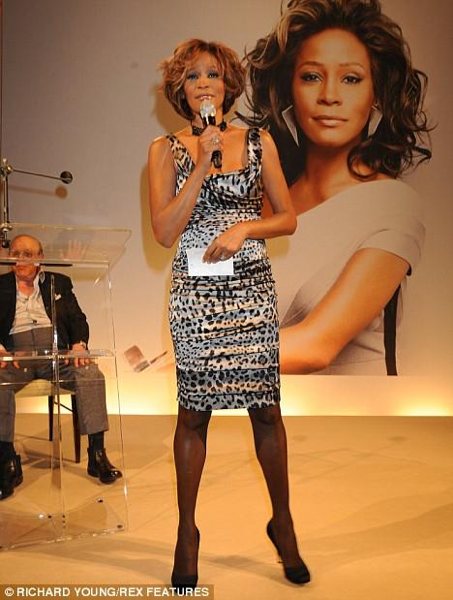 A radiant Whitney Houston previewed her first studio album in seven years, I Look to You, for VIPs, media, and fans at a private listening event at the Mandarin Oriental Hotel in London on Tuesday. Clive Davis was on hand to play songs from the set, due Sept. 1.

“You won’t forget it after you hear it,” the music mogul told ABC News. “There is a song on this album which is called ‘I Didn’t Know My Own Strength’ and it really speaks for Whitney. She tumbled but she didn’t crumble.”