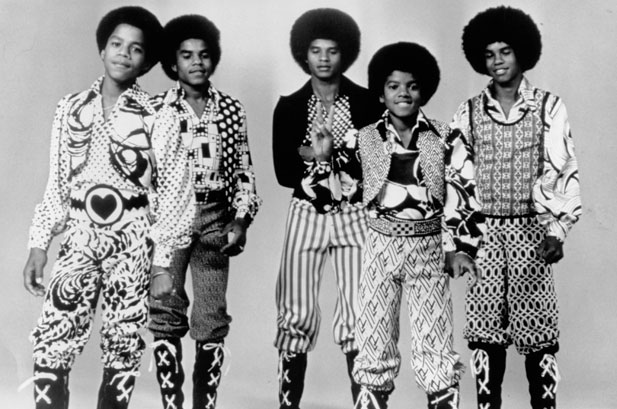 Motown/UMe is celebrating the 40th anniversary of the Jackson 5’s first single with “I Want You Back! Unreleased Masters,” a new collection of 12 vault recordings due out on Nov. 10. A single, “That’s How Love Is,” is being released today (Oct. 6) on iTunes; the song was written and produced by The Corporation, the team of writers and producers that wrote the J5’s early material, and has been remixed by original Motown engineer Russ Terrana.

“That’s How Love Is” is also streaming at jackson5.com.

Continue Reading After The Jump,

“I Want You Back!” also features: a rendition of Stevie Wonder’s “Buttercup;” a medley of “I Want You Back”/”ABC”/”The Love You Save;” alternate versions of “Never Can Say Goodbye,” with Michael Jackson’s “safety” vocal for TV broadcasts, “ABC” and “Dancing Machine;” another unreleased Corporation track, “Love Comes in Different Flavors;” the Curtis Mayfield-written “Man’s Temptation,” which was produced by the Vancouvers’ Bobby Taylor — who also wrote and produced “Listen I’ll Tell You How;” Hal Davis’ “Lucky Day;” the Willie Hutch-written “Love Call;” and Johnny Bristol’s socially conscious “I’ll Try You’ll Try (Maybe We’ll All Get By).”

Tito Jackson tells Billboard.com that the J5’s days at Motown were busy, but enjoyable. “It was just fun years,” he says. “We were young kids then, pursuing our dream. And to have a company like Motown behind you to nurture you and grow you to your professionalism, it was quite an honor. And to have success at a young age when you were not really realizing what you were accomplishing…it was really fun. Everything was exciting.”

In addition to “I Want You Back!,” Motown/UMe is releasing on Oct. 13 “The Jackson 5 Ultimate Christmas Collection,” a 21-track set that includes spoken seasons greetings from the Michael, Jermaine, Tito and Jackie, “stripped” mixes of “Someday at Christmas” and “Rudolph the Red-Nosed Reindeer,” a DJ Spinna re-edit of “Up on the Housetop” and an album-closing medley. The J5 also appears on “The Ultimate Motown Christmas Collection,” a two-disc, 51-track anthology featuring holiday fare from Smokey Robinson & the Miracles, Marvin Gaye, the Supremes, the Four Tops, the Temptations, Johnny Gill and more obscure acts such as the Elgins, Shorty Long and the Twistin’ Kings.

The track listing for “I Want You Back! Unreleased Masters” includes: