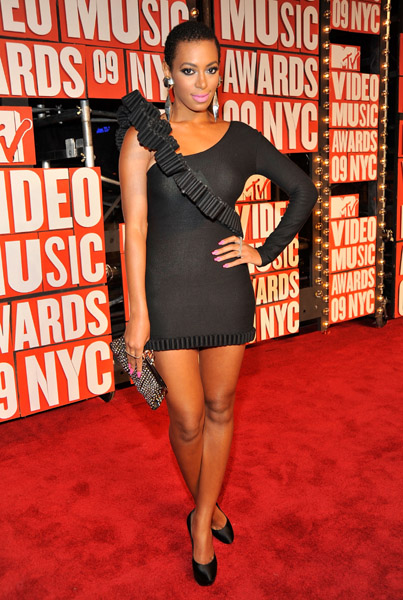 Solange has parted ways with Interscope Geffen A&M after releasing one album on the label last year. The 23-year-old singer announced the news on Twitter, revealing that she has chosen to go an independent route with her next project. “Although it’s been a wonderful journey & experience at Interscope Records, after truly recognizing what’s important to ME as an artist, I decided it was time for me to continue my path on a more independent platform,” she told her fans.

She thanked the Interscope executive team for their support, while looking toward the future. “I thank Ron [Fair] and Jimmy [Iovine] for believing in me as an artist and supporting my journey…and have nothing but respect for the Interscope family,” she tweeted. “I’m excited about continuing to dive in, experiment and creating music and art with no boundaries, fears or expectations. Gonna be fun folks.”

Solange’s Interscope Geffen A&M release, SoL-AngeL and The Hadley St. Dreams, peaked at No. 9 on the Billboard 200 when it was released in August 2008. The Motown-influenced effort spawned the singles “I Decided,” “Sandcastle Disco,” and “T.O.N.Y.”

She has been experimenting with a moody, electronic sound for her third as-yet-untitled album.