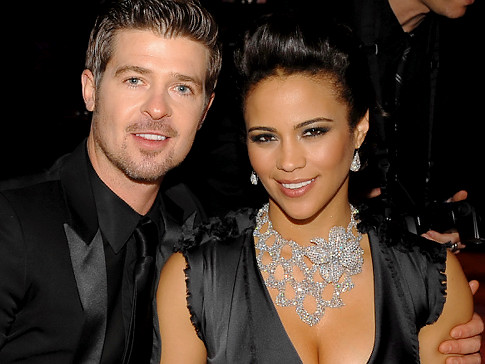 The crooner had canceled his portion of Tuesday night’s show at the Staples Center for “personal reasons.” But his tour mate, Alicia Keys, offered her congratulations from the stage. In December, Thicke told Essence.com he was looking forward to “[t]eaching him how to respect a woman. Teaching him music. Getting to play him Biggie Smalls at some age … That’s the beauty of having a child.”