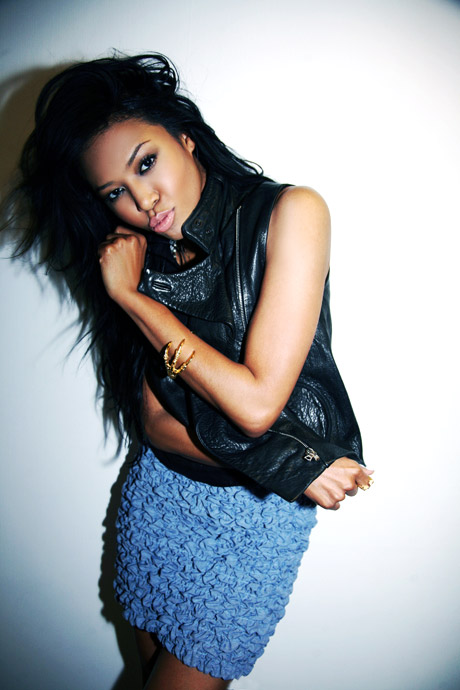 If you see Amerie’s name spelled with two I’s from now on, that’s not a typo. The “1 Thing” singer has officially changed the spelling of her name. The Grammy-nominated artist, who now goes by Ameriie, added an I to her name to reflect positive energy. She announced the change to Rap-Up.com last month, but didn’t go public with it until her new Twitter page (@ItsAmeriie) was set up.

Ameriie has been in the studio working on the follow-up to last year’s In Love & War called Cymatika Vol. 1 (note the new spelling), named after the study of visible sound and vibration. “I’m still in the studio right now, so the best thing I can say is it’s a very international, worldly sound,” she told Rap-Up TV.

In addition to changing her name, Ameriie has also become engaged to her longtime manager Lenny Nicholson. The couple is planning to wed in 2011.

Video: Monica "Love All Over Me"