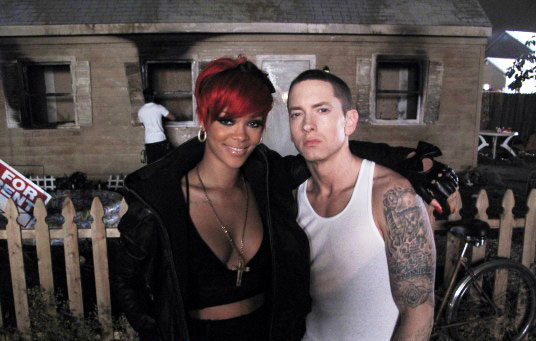 We have just exclusively heard that Rihanna and Eminem have re-united and recorded a sequel to their massive hit “Love The Way You Lie”. The follow up which is labeled simply as “Love The Way You Lie (Part 2),” takes the female side now that it is Rihanna featuring Eminem.

The Bajan singer croons, “Even angels have their wicked schemes, and you take that to new extremes, but you’ll always be my hero, even though you’ve lost your mind.”

The track is also produced by breakout UK producer Alex Da Kid, and it will be included on her new album LOUD, which hits stores November 16th. Stay tuned!