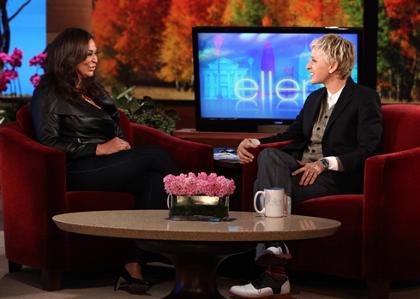 Beyoncé’s mother Tina Knowles appeared at a taping of “The Ellen DeGeneres Show” on Wednesday (Oct. 20) and addressed the rampant rumors surrounding her daughter’s reported pregnancy.

However, she remained good-natured about the gossip. “No, it’s not true. Not right now. I’m looking forward to it. With all the rumors, by now I should have five or six grandchildren.”

There you have it, folks. The episode will air tomorrow.