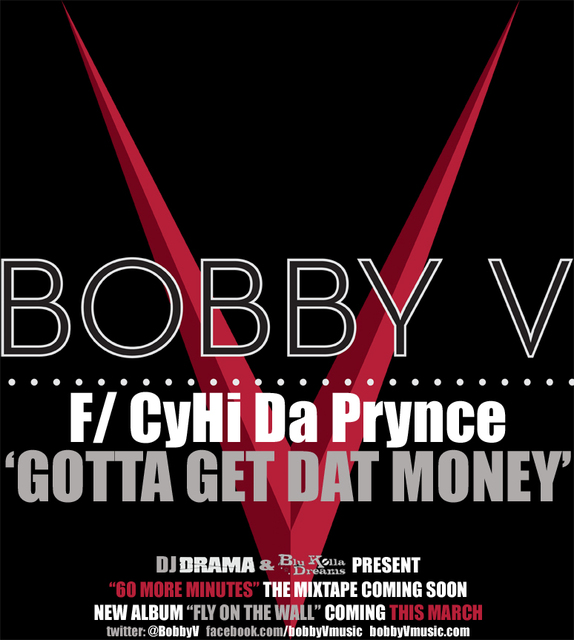 Bobby V is all about his money. Today, the singer announced he will be starting a new music release series titled, “Fly On The Wall Wednesdays”. His plan is to release a new track from his upcoming mixtape “60 More Minutes” every Wednesday until Valentines Day, when he will release the full DJ Drama hosted mixtape. The first track he has liberated is titled, “Gotta Get Dat Money” and features G.O.O.D. Music MC and fellow ATLien CyHi Da Prynce. Check out the melodic record below, and stay tuned!