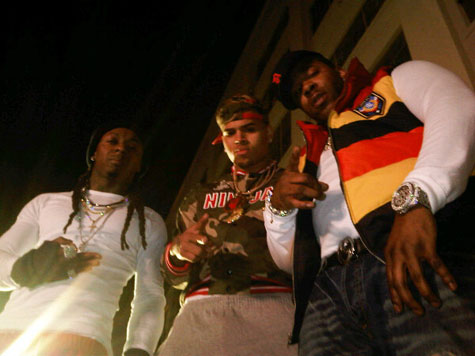 Chris Brown went back to the future to shoot the video for “Look at Me Now,” one of the lead singles from his fourth album F.A.M.E. (March 22), in Los Angeles on Wednesday (Feb. 16). Directed by Colin Tilley, who helmed “Deuces” and “Yeah 3X,” the clip co-stars Lil Wayne and Busta Rhymes, who both appear on the Diplo and Afrojack-produced banger.

Get a first look at “Look At Me Now” in the photo gallery below.