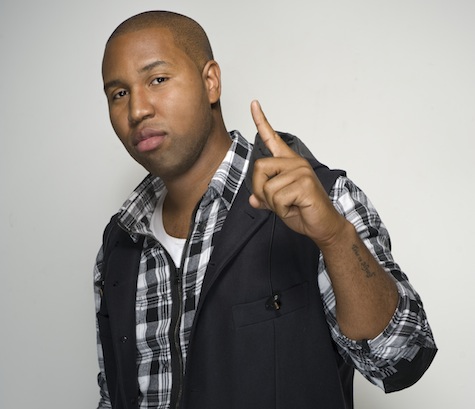 Heavily sought-after, multi-platinum songwriter Claude Kelly recently spoke with ThatGrapeJuice, and one of their topics of discussion was — if he was given the role of executive producing a new Ciara record, which direction would he take her in and why?

I think Ciara is an easy one. Like when she first came out she was like an Atlanta down South chick that all the girls loved and boys wanted to be with. She was cool, the life of the party.

I think she needs to go back to that field; like very much base, drum-driven dance records, but also very fun, catchy Pop on top of it. A little less mysterious and dark and you know steamy. More “I’m your girl next door with the fly body, who can dance and who has fun”. Like that fun summer time bop she had, when she did ‘1,2 Step’ and ‘Goodies’. I love that stuff. And I think that stuff is honestly missing on the radio and I think she can do it.

Claude also mentioned he is working on bringing Tamia back. He currently has 5 or 6 songs on her new album.

“Tamia’s new album is so awesome, she can sing her ass off. I mean REALLY sing, we took some chances, we’re doing some classic, beautiful R&B as well as some simple things, but it’s good beautiful singing and storytelling. I believe she’s shooting for a late summer release.”