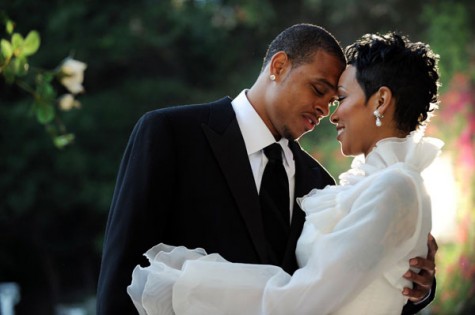 Monica and Los Angeles Laker Shannon Brown married Saturday for the second time, in a larger ceremony for hundreds of friends and family, PEOPLE confirms.

The purple and blue-themed reception featured a three-course sit-down dinner at tables decorated with centerpieces of hydrangea and roses by Mark’s Garden. Afterwards, hamburgers from Fatburger were grilled for guests under a tent.

The couple met last summer when Brown appeared in Monica’s video “Love All Over Me.” They were engaged in October and married in a secret ceremony at their Los Angeles home a month later.

Monica has two sons, Rodney Jr., 6, and Romelo, 3, with ex-fiancé Rodney “Rocko” Hill. Brown, 25, also has a son from a previous relationship. The children arrived at the ceremony by horse and carriage. 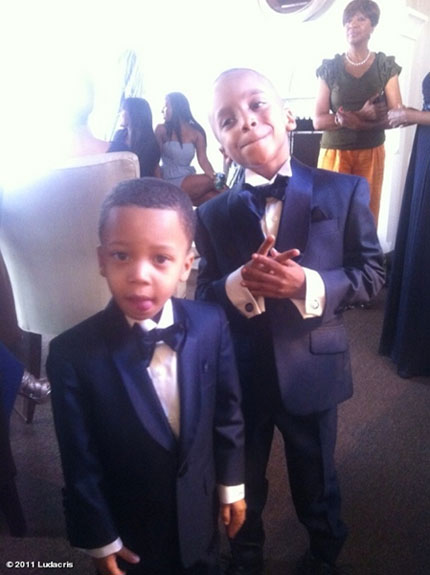 Ludacris photographed his godsons Romelo and Rocko on their mom’s big day.