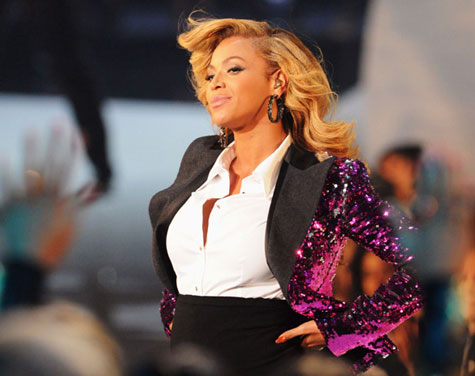 Everyone was atwitter over Beyoncé’s pregnancy reveal at the MTV Video Music Awards. The surprise announcement was a social media phenomenon and helped Twitter break a new record.

According to Twitter, the news of a little one for Mr. and Mrs. Carter set a new record on the microblogging service: 8,868 tweets per second. The previous record took place when the U.S. women’s soccer team took on Japan in July, registering 7,196 tweets per second.

Not only did B deliver a Twitter blockbuster, but her public reveal also helped MTV achieve ratings gold. The 28th annual show was the most watched VMAs in the network’s history, with a record 12.4 million total viewers and 8.5 million of those 12-to-34 years old, according to AdAge.

Beyoncé performed “Love on Top” during the broadcast, rubbing her baby bump as a smiling Jay-Z looked on.