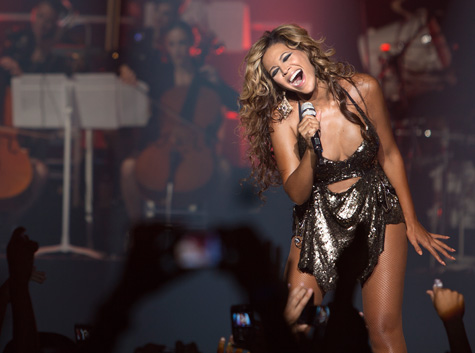 The current Queen of Pop Beyoncé will pay tribute to the late King Of Pop Michael Jackson during a star-studded tribute concert in October. It’s said Beyonce will appear via satellite at “Michael Forever: The Tribute Concert,” promoters announced on Facebook. She will perform one of her favorite Jackson 5 records in what’s being billed as a “unique, never-before-seen performance. The concert, which is curated by Michael’s mother Katherine Jackson, will take place on October 8 in Cardiff, Wales, with members of the Jackson family taking the stage including the Jackson brothers and 3T, *remember them, Tito’s sons,Christina Aguilera, Leona Lewis, Cee Lo Green, Smokey Robinson, JLS, Alien Ant Farm, and Craig David.

”She was unable to appear live due to a scheduling conflict. “A lifelong Michael fan, Beyoncé really wanted to be involved in this tribute concert,” read the statement. “Due to scheduling issues she can’t be there in person, but this performance is not to be missed!”