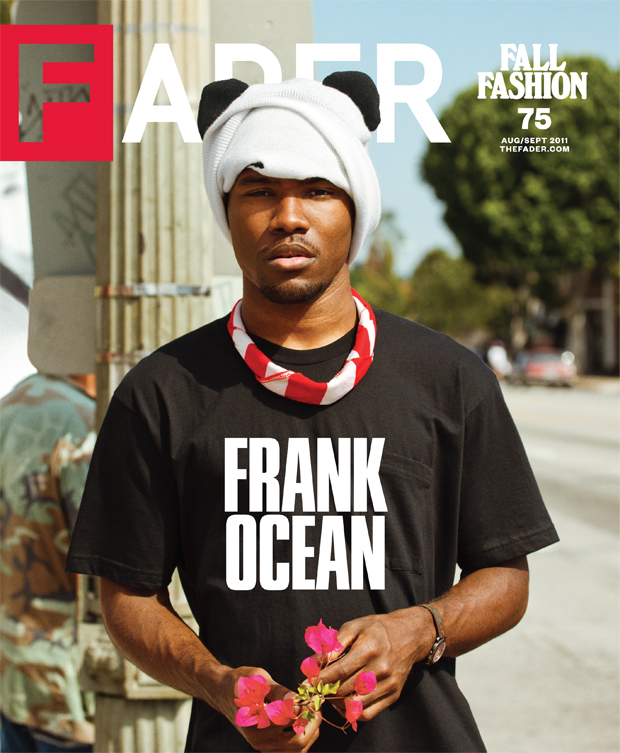 Fall is already just around the corner, and The FADAR magazine has you covered in their upcoming Fall Fashion edition. Ubiquitous R&B sensation Frank Ocean shares the double sided cover, issue #75. Below is an except from Frank’s interview, where he talks about his childhood.

“When he was nine, Frank Ocean’s godfather subscribed him to Robb Report, a magazine for the ultra-rich. Less interested in fiduciary smarts, it’s a catalog of conspicuous consumption, highlighting tropical vacations, invaluable antiques and, as Ocean came to know, really expensive cars. Though he comes from a middle class family, he obsessively read the magazine’s classified ads, fixating on exorbitantly priced used Bentleys and Maybachs. “I would just fall in love with all their cars. That was the start.” Ocean, whowas born Christopher Breaux (and goes by Lonny to friends), downscaled his material desires, and when he was 13, began going door-to-door, detailing cars for cash. “I would bring all my supplies. Literally, it was like a movie, I had a wagon, those long red wagons, like a Radio Flyer-type wagon, and I used to buy my own soaps.”