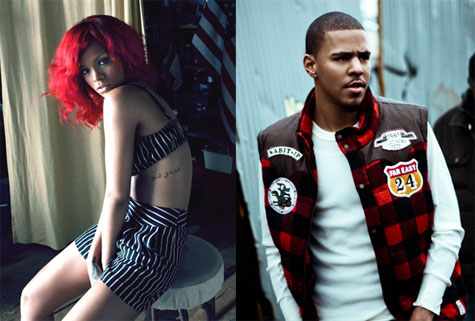 The adult film company tells RadarOnline.com that there is an “intimate video” of the two in their possession. “Hustler is in possession of the Rihanna and J. Cole tape,” said a rep for Hustler. “We have seen it and we do not know what we are going to do with it yet.”

Despite Hustler’s claim, Rihanna has denied the existence of the sex tape, tweeting, “We don’t believe U, U need more people…AND ofcourse an actual sextape! #slownewsday.”

In addition to touring together, Rihanna recently joined her fellow Roc Nation artist on set of his video for “Can’t Get Enough” in Barbados.