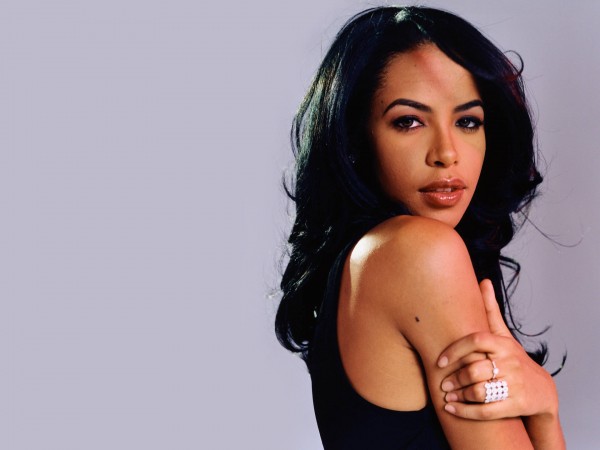 Aaliyah’s impact transcends further than the hip-hop and R&B realm. From style to the effortless harmony of sensuality and vulnerability, close to ten years from her passing Aaliyah’s infuence is still present.

In remembrance of Aaliyah, Billboard.com’s ‘The Juice’ asked twelve notable female R&B acts to share their thoughts and memories of the missed singer.

Ciara
“She was true to who she was and she didn’t seem to care about it. The core of her art to me is heavily, heavily urban based. When an artist’s music is so urban based, sometimes people like to take risks with artists like that. When you think about it, it really is pop, it really is cultural and that’s the one thing that I thought was cool about her music. It never felt like she was trying to reach across or do anything more than just keep that cool, soulful, heavy urban core about it. It wasn’t like she was trying to be anything more than who she was. I really respect that and I appreciate that.”

Dawn
“She was to me more than an artist. I feel like she was a legend in her own right. What Timbaland, Missy [Elliott] and that whole crew did for music was just something that is highly missed right now. I loved her more not only as an artist but as a dancer. I felt like she was one of the few that when her videos or songs came on I would literally sit and watch the entire video to learn each step that she did because I felt like it was something that everybody wanted to learn. She just captured you.

I felt like Aaliyah was her. It was as real as it could possibly be. I take that with me everytime I do anything because being in this industry, they don’t accept you and when you’re different they don’t always go for it and she just did not take that as an answer. Because of that, she was massive. She would have been still if she would have still been here.”

Estelle
“Her purity of voice was incredible. She didn’t try too hard or do any tricks. That’s something I liked about her.When she was singing, she let it fall out of her. With her it was addicting. Her vocals and style is what had her stand out above and beyond everyone. When I listen to her voice now, I think, ‘She was killing it. She was a beast.'”

Ester Dean
“She wasn’t trying hard to be anything more than what she was and she accepted how she delivered herself, her genuine self to people. I pray I have a mini percent of what she had and the fans that she had and has. They ain’t gone. They still there.

I think Aaliyah made every girl write a ‘Four Page Letter.’ It was okay to write a bunch of words to a guy. Now, you’d be like, ‘You’d better not write him no four page letter or he’ll think you’re a stalker.’ But she was like ‘I’m writing you a four page letter, bastard.'”

JoJo
“My manager’s best friend, Gina Smith, was on the plane with Aaliyah and passed away as well. The fact that it has been 10 years is wild to me. I feel Aaliyah’s presence and influence quite heavily. She accomplished so much at a young age and paved the way for artists like myself. If it were not for what she had trail blazed, I would probably not have been afforded certain opportunities. She really proved that ‘Age Aint Nothing But A Number,’ and that as young people, we are allowed to have personalities and opinions and voices and make an impact.

Her vocal delivery was unique. The combination of her angelic vocals over harder-hitting production was so special. She set trends through fashion, music, and the atmosphere that she created. Even before Beyoncé, she had music, fashion, and acting on lock. She and her team (including Jomo Hankerson, who I work closely with) helped show us that there are no boundaries in entertainment.”

Kalenna
“My cousin was signed to Roc-A-Fella [when] her [Aaliyah] and Dame Dash was actually at the time dating. They were really close and everything. We would all used to come and hang out [at Roc-A-Fella]. She definitely gave me hope that, “Oh my God, I have a chance to be where she is. She’s really knocking down barriers right now. I have that opportunity.

Aaliyah’s death, and even her presence, showed me as an artist to be humble because people that come across your path are going to remember you for years to come even if it was one time meeting. [She was] somebody so humble, so talented, and somebody who was so cutting edge, doing what we, artists right now in 2011, are doing.”

Keyshia Cole
“When I found out that she [had] past that night, I just cried [while] on the tour bus. That’s amazing for someone to have that affect on other people’s lives.I think why it affected me so much without me knowing her is because she seemed to have a beautiful soul. [There was] something about her spirit. She connected before reality TV, before any of that happened in our era. It was something about her that made you connect to her. She seemed like she had a beautiful soul.”

Melody Thornton
“I loved seeing her on MTV Diary when she was playing around with her hair and makeup people. They were just having fun, laughing and trying on wigs. It showed she didn’t take herself too seriously, she had fun.

Monica
“The first time I met her, she was extremely quiet. You [weren’t] going to get a lot of words out of Aaliyah in a first meeting. It takes a lot of time for her to warm up to people overall because she had this shyness. I remember her being shocked at things I would say out loud, whether it was in interviews or when we were hanging out. She would always be gasping for air at some of the things that I would say out loud. Whenever I was around, if I saw something, whatever it was, she would just be in shock like, ‘I can’t believe you just said that out loud.’

I think it’s good for people to know the side of her outside of the music and know that her music was a great reflection of her. Sometimes people are totally different than the image they represent, but what I love about her is that everything that you saw was really her. When the lights and the cameras were off, that same pleasant, mild mannered, sweet personality, that’s just how she was. She loved to laugh. Jokes with her and Missy [Elliott] were beyond what people imagine. Missy is definitely the ultimate jokester. I’ve never seen her in the type of turmoil and pain that she was in after Aaliyah passed because there’s no replacing the type of love and friendship that her and Missy had. It was the type of closeness where even when I see Missy today I always feel like something is missing from her and that is definitely Aaliyah.”

Shontelle
“I could see so much of myself in her because she had this tomboy, tough-girl image but at the same time she was very soft and feminine. Her vocals were very light but at the same time her lyrics were so engaging. They always touch your soul. Aaliyah just had this magic combination, everything that most women aspire to be, that softness but still strength. The way that she lost her life, it was shocking. It almost feels like it would only be something like that that could take someone like Aaliyah away from us because she was so strong.”

SWV
“We actually had a chance to hang out with Aaliyah after a show in Japan back in 1996. Aaliyah came to see one of our shows while out there promoting her album. She also came by to the hotel after the show to hang out. She was sweet, warm, very friendly, and just a down to earth person. Aaliyah was such an incredible talent. Her death was such a shock to all of us but we know her music will forever live on! Her voice is definitely missed!”

I think “Rock The Boat” was very revolutionary for when it came out because that song was such a mood song, it was so real. It was like she was riding a rhythm and a beat. It was like an old school Motown song, you could break it down. I don’t think people make music like that anymore, it’s so inspiring.”