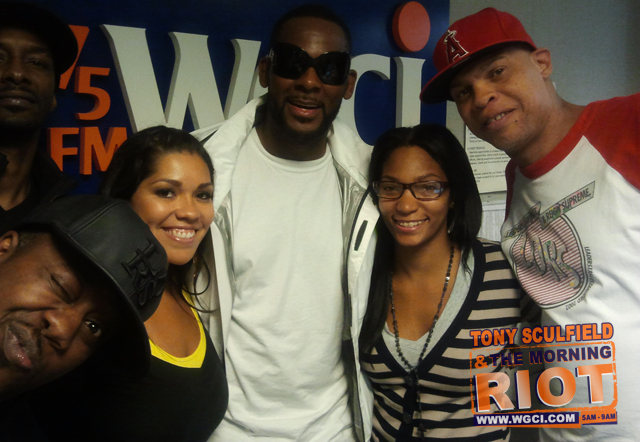 Yes! R. Kelly paid a visit on 107.5 WGCI’s The Morning Riot show in Chicago earlier today. In his first interview after his throat surgery, he talked about traveling to Africa, his personal favorite song, and more importantly he revealed the official news about his upcoming 12th studio album, which he has titled Black Panties. He also revealed the title of the first single “10 Minutes” which should be debuting soon.

Besides the past rumors of beef with Trey Songz, Kellz actually mentioned he is a contender for the future King of R&B crown, as well as Chris Brown, whom he mentored and has great respect for. Check out the full interview below.

NEW MUSIC: TREY SONGZ - WHOEVER ELSE / IF I COULD