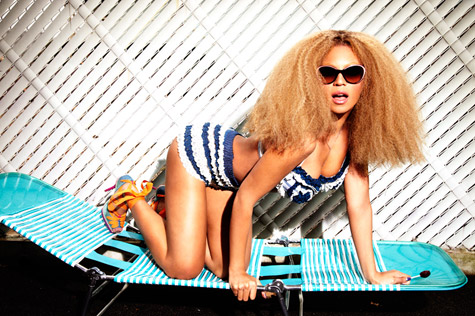 Get ready to party with Queen B! Beyoncé is set to premiere the highly-anticipated video for “Party” on BET’s “106 & Park” next Tuesday, October 25. The vibrant visuals were shot at a New Jersey trailer park in early August with B’s fellow Destiny’s Child alum Kelly Rowland and sister Solange. It is unknown if featured rapper André 3000 will make an appearance.

“Party” is the sixth video to be released from the pop megastar’s platinum album 4. She previously debuted clips for “Run the World (Girls),” “1+1,” “Best Thing I Never Had,” “Countdown,” and most recently “Love on Top.”

Check out some behind the scenes photos from the “Party” set HERE.