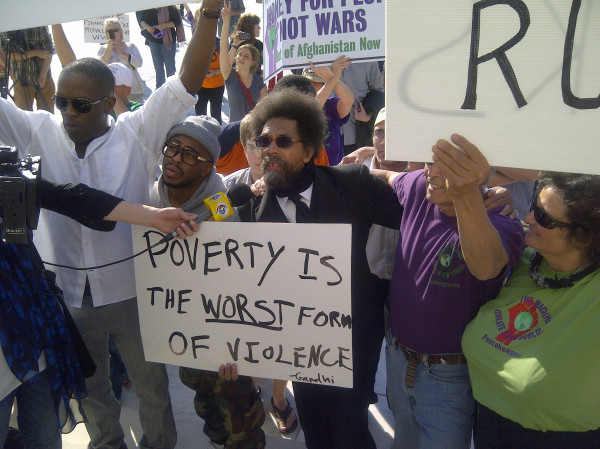 The Neo-Soul rockstar Raheem Devaughn and Dr. Cornel West were arrested yesterday for participating in an OccupyDC protest on the steps of the U.S. Supreme Court.

Shortly after attending the dedication of the Martin Luther King Jr. Memorial yesterday, Dr. Cornel West was arrested along with singer Raheem Devaughn and over a dozen OccupyDC protesters on the steps of the Supreme Court around 6pm, a rep for Raheem tells TheYBF.com. 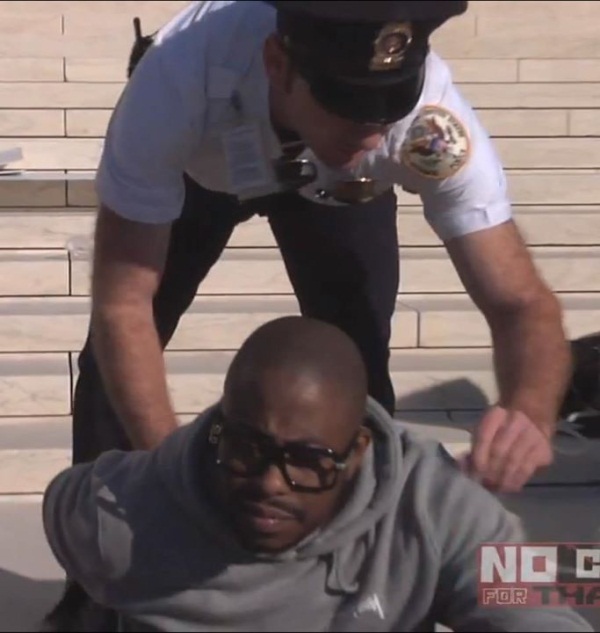 As the movement gains traction, protests in New York have drawn celebs like Kanye West and Russell Simmons into the fold. Shortly after his arrest, Raheem’s staff posted this message on Twitter,

Raheem is in jail for protesting along side Dr. Cornel West downtown. We expect him to get out soon. -Dave (staff)

Thanks ALL for your concern. Dr. West is ok. He’ll share his thoughts from today very soon. Stay tuned! #OccupyDC — Bro. @brandonAlucas

The arrested individuals were charged with trespassing and are expected to be released soon.