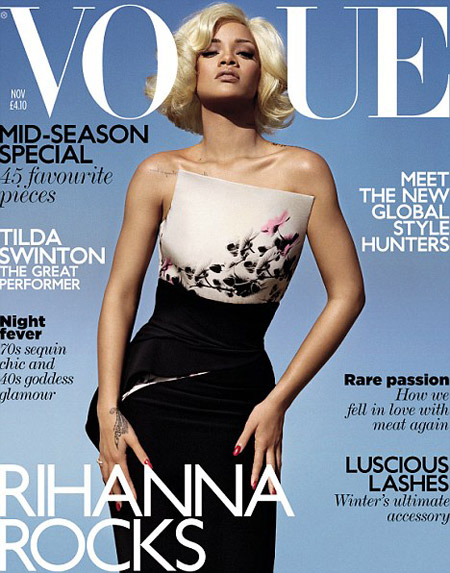 Rihanna reinvents herself on the cover of British Vogue‘s November issue. The worldwide star flaunts a new classy look, wearing a short blonde wig. She has already covered the U.S. edition of Vogue, but this marks her first time on the British version.

“That’s not me. That’s a part I play,” the 23-year-old singer tells the magazine of her risqué music video looks. “You know, like it’s a piece of art… I just want to make music.”

See another photo below. 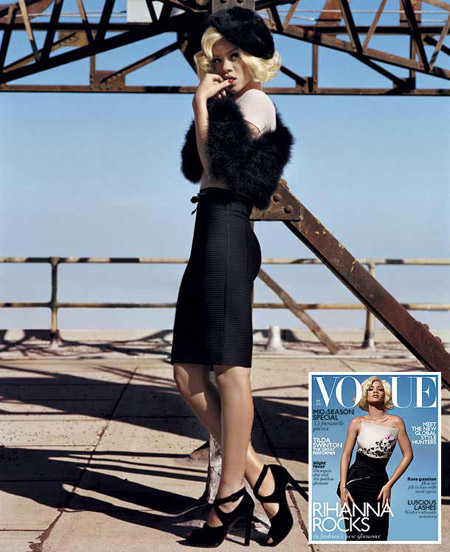