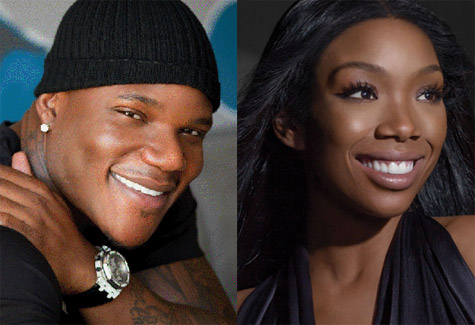 Brandy is back in the studio and working hard. Sean Garrett has been in the lab diligently working with the R&B veteran on her much anticipated sixth album, her first since signing to RCA/Chameleon Records. The hitmaker spoke exclusively with Rap-Up.com about developing a current, yet fresh sound with today’s top hitmakers including Bangladesh, Hit-Boy, and Tha Bizness, while staying true to her R&B roots.

“I wanted to take this opportunity to really try to bring R&B back,” explained Garrett, who also teased with details about the hip-hop-influenced first single, which will feature a surprise guest and is expected to arrive before Christmas.

Find out what he had to say about Brandy’s return to music.

How is this album going to be different from Brandy’s past ones?
It’s gonna show the evolution of Brandy, the fact that she’s very, very current. Her harmonies and vocal abilities are still unmatched and there’s still a lot of integrity in her records. I feel like there’s a great deal of cohesiveness in this album, but at the same time, there were a few chances taken. But I feel like it’s a really, really dope record. I feel like young and old people will definitely love it. I hope people feel like she hasn’t missed a beat with this album. What I wanted to do with these records is make sure that she kept the integrity of who she is, but she’s definitely still showing people how to do hit records. I wanted to feel her having fun and I feel like she’s having fun on this album.

You said the album has a hip-hop influence…
Absolutely. I had the opportunity to work with some of my friends who I love working with like Bangladesh. We definitely got a hip-hop element to it. I also worked with my man Hit-Boy and my buddy Tha Bizness. We always kept a very solid hip-hop type of vibe to it as far as the drums, but at the same time, it’s very, very climactic, harmonic, and it’s about love. A lot of the songs are very, very love oriented. Even though we have a touch of hip-hop on the tracks, there’s a great deal of Brandy in every record.

Will she have some club bangers on there?
Better believe it. You got to know that.

Are there any featured guests?
It’s gonna be action packed. I think it’ll be more fair for her to reveal the collaborator we’re putting on the first single. They’re really, really hot songs and I’m proud of it. I really love and enjoy working with Brandy and we’re still working, but the work we’ve already been able to accomplish has been incredibly fun and fresh. She’s just having fun and letting her hair down. It was just a very free environment, roll your sleeves up, and get to the fucking music. Trying to do what everybody else is doing is out the door. We just went in there and just got down to the music.

Will her R&B fans be pleased?
I wanted to take this opportunity to really try to bring R&B back. I’m not gonna do it single handedly, but there’s some records on here that are really good and gonna make people be like, “I love R&B music and I miss R&B music.” At the same time, there are some records on here that people are gonna be like, “Oh shit.” It’s so great to be able to create for people and have them really appreciate your love and appreciation for them because she has one of the most incredible voices I’ve ever recorded.

What else can you tell us about the first single?
What I can tell you is that it’s hot. It’s definitely something you have never heard—you probably haven’t heard Brandy over a track like this. It’s very commercial, but at the same time, it’s got a dope hip-hop influence—it’s club, it’s radio, it’s all formats.

That’s produced and written by you?
I am one of the producers on the record and yes, I wrote it.

Will we get to hear it this year?
It’s coming really soon. I’d probably say before Christmas.

And the album early next year?
Yeah, I think she said her album is coming around April.