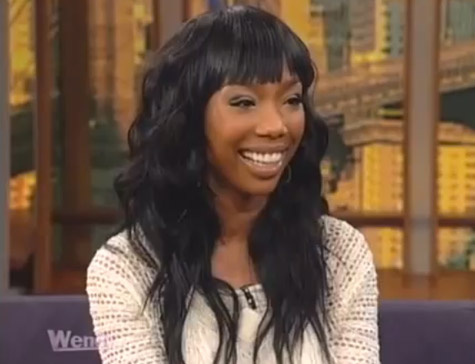 Brandy is making her media rounds for her role on BET’s ‘The Game,’ and earlier today she stopped by The Wendy Williams Show. The singer/actress officially announced her new relationship, stating she is in love! Spoke about wanting to rekindle her relationship with Kim Kardashian, her daughters love of Justin Bieber, her role in the upcoming Tyler Perry movie The Marriage Counselor, her character on The Game, and of course her anticipated new album, which is due in May, and her rapping alter-ego.

VIDEO: TERRELL HOWARD - BE WITH YOU