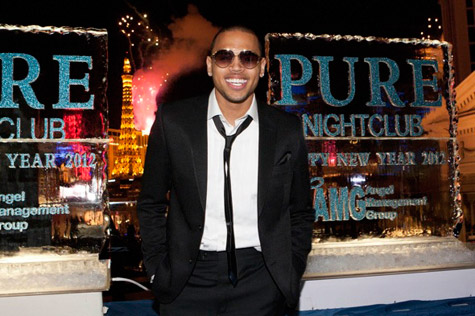 Chris Brown is being silenced. But, this time by his own regard. It appears we will only be hearing music and seeing performances from the R&B Pop star, as he has allegedly said that he will not be doing interviews or speaking to any form of the press in 2012.

According to an interview with Billboard, Brown’s manager, Tina Davis, revealed that the 22-year-old singer will only “concentrate on performing and recording.” She also added, “We’re not trying to be rude, selfish or disrespectful to anyone in anyway. If people are going to judge anything, judge him for his talent.”

This comes after Brown made headlines countless times in 2011 for venting his frustrations on being asked about his incident with ex-girlfriend, Rihanna, and other disheartening comments or gestures.  Hopefully, this won’t effect promotion for his next album, we all know radio and television interviews can we very important, however also bad if the subject acts like, well an A word. It will also be interesting to see if Brown can lay off the Twitter rants and explicit language.

Currently, Breezy is readying his forthcoming album, Fortune expected sometime this year. In the meantime, he has received three Grammy nominations and plans to attend the show next month. This will be the first time he’s attended the show in three years since he was arrested for his altercation with then-girlfriend, Rihanna, on the night of the 2009 Grammy Awards.

“Chris has grown tremendously as a person, and an artist from that time in his life,” a source close to Brown says. “Chris has complied with all terms of his probation and has completed most of his court ordered community service. He has been a model probationer, but more importantly, Chris accepted responsibility for what he did. Chris took that experience and vowed to learn from it and become a better person, and he was thrilled and truly humbled that he was nominated for three Grammys.”

The source added, “Chris absolutely plans on attending the Grammys and is in talks with producers of the show to possibly perform. Chris performed at the MTV Video Music Awards several months ago, and his performance was simply over the top as he was flying through the air like an acrobat. Chris’ performance stole the show, and he would love to do something at the Grammy’s to top his VMA performance.”