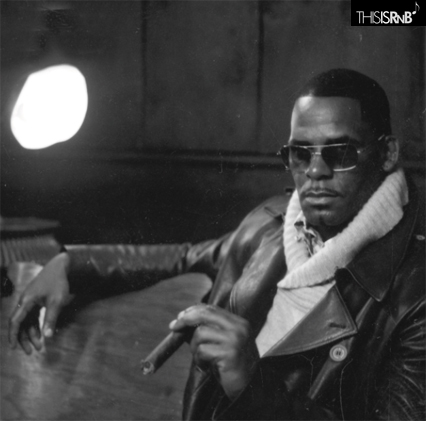 Could it be true? News of the next album to be released from R. Kelly has been floating around since the release of his late 2010 classic Love Letter. Direct from the R&B legends mouth, he announced in early 2011 at least 2 potential new albums were in the works. Kellz mentioned he had so much fun making the 1960’s influenced Love Letter, that he might continue with the retro vibes, but head toward the ’70’s era. “I’m thinking of going back to the Shaft [1971] days next year and just see what it’s like to bring that back to R&B,” he stated.

At the same time he mentioned going back to his classic bedroom bangers, and was already ready with a follow-up to his 90’s R&B classic 12 Play. This project seemed to stick as the crooner stated during a radio interview this past Fall, that his brand new album would be titled Black Panties, with the first single entitled “10 Minutes.” All this talk but not official news. Until now… Music industry website HitsDailyDouble has listed a brand new album from R. Kelly titled “Write Me Back” is expected to be released on March 27!

Could this be the infamous 1970’s follow-up to Love Letter? It sure sounds like it, based off the title. As we await a more official confirmation, Kellz has been staying busy… He released a new song titled “Shut Up,” after his recent throat surgery, to let us know his voice was fine. Announced the “Love Letter” Cruise, and shared that he has 32 new chapters already written, of his infamous hip-hopera “Trapped In The Closet,” and is currently shopping for producers.

LIVING THE LIFE (THE MAKING OF DONDRIA DUETS 3)