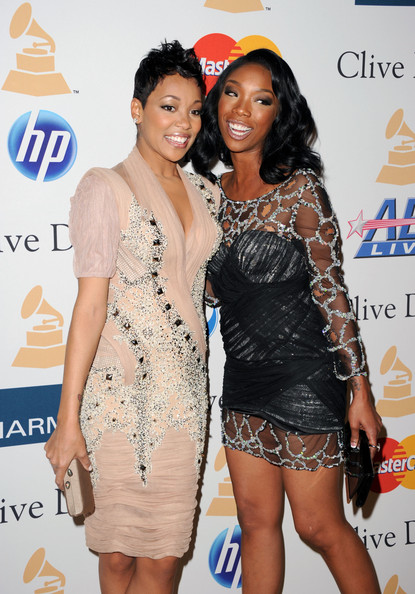 Brandy and Monica ignited the internet yesterday with the debut their new duet single “It All Belongs to Me.” The R&B vocalists will now team up to perform the song live at the Pre-Grammy Gala in Beverly Hills this weekend!

Rap-Up has learned that the singers will take the stage at the star-studded affair, considered the highlight of Grammy weekend. This year’s event, hosted by Clive Davis, will honor Sir Richard Branson and feature other surprise musical guests. Past performers include Whitney Houston, Jennifer Hudson, and Alicia Keys.

Brandy and Monica will shoot a video for the Rico Love-produced song on February 13 with director Chris Robinson, and perform it on “The Tonight Show with Jay Leno” the same week.

“It’s just great to come back and do something with [Monica],” Brandy said during an interview on Atlanta’s V-103. “This is definitely a blessing.”

ALICIA KEYS TO HONOR ETTA JAMES AT THE GRAMMY AWARDS