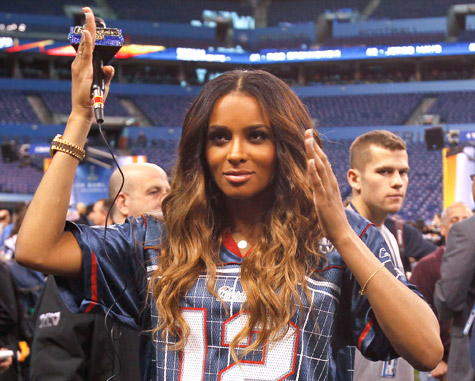 Ciara got the party started early on the football field during yesteday’s Super Bowl Media Day. While co-hosting for “The Insider,” the singer/dancer had a blast interviewing players from the New England Patriots and New York Giants, and even got them to participate in some karaoke in honor of halftime performer Madonna.

CiCi, who appears in the upcoming Adam Sandler comedy That’s My Boy, sang along to “Like a Virgin” with the Giants’ Victor Cruz and Patriots’ Chad Jackson, and vogued to the Material Girl’s classic “Vogue.”

The dancing continued when a Telemundo reporter asked her to salsa with him. Check out CiCi’s moves below…