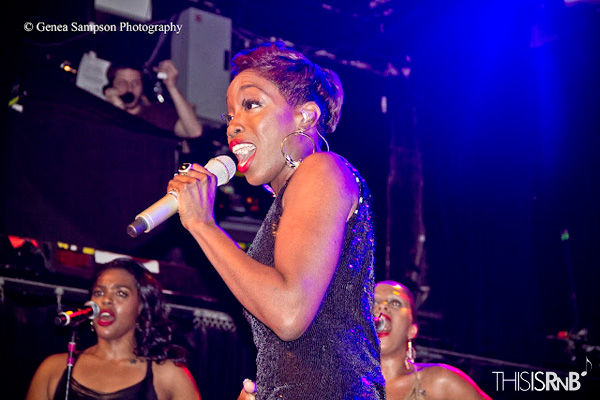 R&B was alive and well last night in NYC as the BET Music Matters Tour hit the stage of famed venue Irving Plaza. Estelle headlined the show which featured performances from Bridget Kelly, Luke James, Stacy Barthe and Elle Varner, and was hosted by Rocsi, Terrence J and Angie Martinez. The opening acts delivered as expected, showing any skeptic that R&B music has some amazing burgeoning talent.

Luke James thrilled once again with his incredible falsetto, and playboy charm. He had the ladies in the audience in the palm of his hand, and certainly gained a lot of new fans. Stacy Barthe brought her soothing voice, and soulful songs to the ears of the adorning audience. She too surely captured the attention of new listeners. Elle Varner followed with an energetic, playful and quirky set. She spoke back and forth with the crowd on numerous occasions, bringing them all in like it was their own personal show.

However, this night was a celebration for Estelle who just released of her anticipated third album All of Me . She hit the stage with her usual swag, but you could hear a genuine excitement in her voice as she addressed the crowd discussing the release of her album. She continued on running through her past hits, fan favorites and new singles.

See our photos from the fun filled night below.