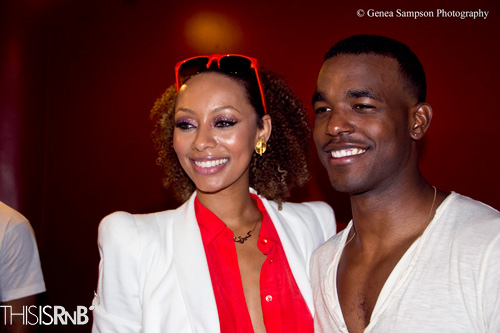 On Wednesday night R&B was reigning supreme at SOB’s in NYC once again, as hit-making producer Danjahandz held a showcase for his N.A.R.S. Entertainment rising artists — Luke James and Kevin Cossom. The packed house showed out for the singer/songwriters who are apart of the movement to keep R&B alive and at the forefront of music. Both acts exhibited their individual styles… Kevin bringing the sexy bad boy, mainstream vibe, while Luke completely floored the crowd with his suave, debonair charisma and heart-wrenching falsetto. Their fellow collaborator and R&B vixen Keri Hilson was also in the building to support her boys. Both artists are expected to release their debut albums later this year, and we are excited to see what they will deliver.

See our photos from the show and video of Luke performing his debut single “I Want You” below.