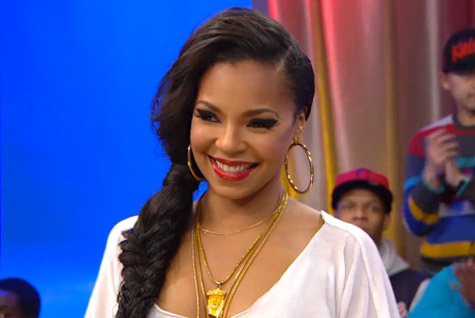 On Tuesday evening Ashanti stopped by the set of “106 & Park” to premiere her futuristic video for “The Woman You Love.” Looking like a “fine ass golden nugget” (Terrence’s words), the songstress officially announced her fifth album title Braveheart and spoke about the pros and cons of launching her own label, Written Entertainment.

“It was really important to me to just become an owner,” said the R&B singer. “It was really scary and really nerve-racking going into it businesswise, but it was the best business move I could have ever made. I own my masters and the percentages are completely different, so I’m very excited about that.”

Her fifth album Braveheart is due this spring. “It speaks volumes. It’s just about being brave,” she explained. “There’s a whole metaphor that I have for it, but I want to wait until I come back to talk about it.”

Check out the clip below…

Author Bryson "Boom" PaulPosted on February 20, 2020
On the rise, Los Angeles based singer-songwriter Damian is delivering a smooth earthy R&B sound and charming appeal. Making his introduction at the top...
Read More