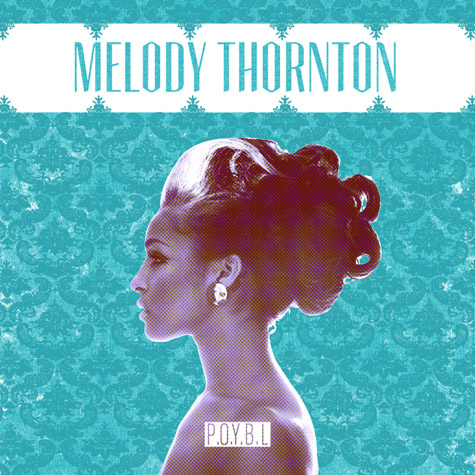 Melody Thornon, the solo artist, has officially begun her takeover! After keeping her fans patiently waiting, Melody embarks on her solo career with the release of her debut mixtape “P.O.Y.B.L (Piss On Your Black List).” The former Pussycat Doll reveals her battles in love, music, and faith on the free release, which incorporates instrumentals from the ’60s and ’70s.

In addition to the single “Sweet Vendetta” and remake of Jay-Z and Kanye West’s “No Church in the Wild” (“Lipstick&Guilt”), the 10 tracks consist of five remakes and four originals all written by Melody.

The “soul-pop” offering includes production from Andre Harris (“Smoking Gun”), Church and State (“Sweet Vendetta”), Mark Vinten (“Intro”), and Melody on the self-produced “Hit the Ground Runnin’,” plus a duet with Bobby Newberry on the La Roux cover “Bulletproof.”

“Piss On Your Black List has nothing to do with being a rebel or fighting against anything. It has everything to do with fighting for myself,” said Melody. “It’s clever with attitude. It’s kind of funny and gets a strong reaction; all things that, at times, describe my art.”

Stream/Download “P.O.Y.B.L” below. We Suggest It!

RIHANNA OPENS UP ABOUT WORKING WITH CHRIS BROWN