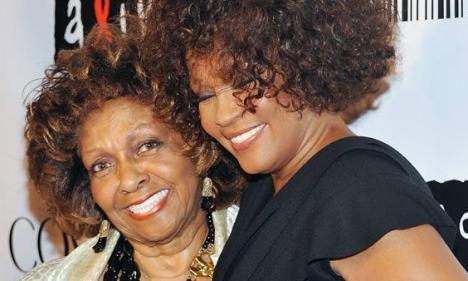 Since Whitney Houston’s untimely passing, both her daughter Bobbi and aunt Dionne Warwick have spoken to members of the media about the fallen icon. But one person who’s remained silent throughout this mourning period is Houston’s own mother, Cissy. Now, the gospel singer is breaking her silence, in a pre-taped interview with New Jersey station My9 during their 10 O’Clock News on Mon., April 2, AOL Music reports.

The interview, taped at the New Hope Baptist Church in Newark, NJ, where Whitney’s funeral was held, finds Cissy still grief-stricken over her tragic loss and looking for solace the best way she knows how. “I have my moments,” Cissy tells My9. “I’m not there yet. I don’t think I’m any more courageous than anyone else. I am a true believer in God, if I could bring her back I would, but that’s not possible.”

Despite the tabloid firestorm surrounding Whitney’s death, Houston refuses to dwell on her daughter’s many problems — instead, remembering all that was good about the legendary singer. “I’m very proud of my daughter,” says Cissy. “She accomplished a whole lot in the short time that she had here … she was a very wonderful person. My children are my whole life. She was very special to me … she was my only daughter, and a good one. Looked out for her family.”