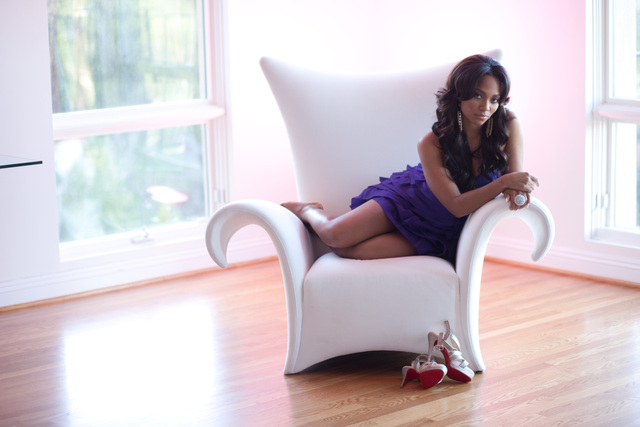 Teairra Mari is looking to bring some sexy sounds to the airwaves this summer. The R&B vixen has decided on a title for her oft-delayed sophomore album. During a visit to Chicago radio station WGCI over the weekend, Teairra announced that the title to her forthcoming album will be “Sex On The Radio.”

“It’s reminiscent of a new jack swing, like ’90s R&B, bedroom music but with a bounce,” she told Rap-Up TV while shooting the video for her first single “U Did That” with 2 Chainz in Los Angeles.

The 24-year-old singer parted ways with Warner Bros. Records last year and signed a deal with Rico Love’s Division1 label. While the project will mostly consist of Rico’s production, she hopes to collaborate with fellow Detroit artist Big Sean and Pharrell.

“That’s like a dream come true for me ’cause he’s one of my favorite producers,” said Teairra, who recently ran into The Neptunes producer in the studio.

Rico has put his full support behind Teairra. “I believe in her. She’s a superstar,” he told Rap-Up. “If somebody is a star and they have that ‘it’ thing that cannot be taught, all you have to do is put a record with it. I believe that she’s gonna have a successful career. I believe that she has that potential.”

DRAKE TALKS ABOUT "CREW LOVE" AND THE WEEKND

PHOTOS: KEVIN McCALL AND CHRIS BROWN ON THE SET OF "NAKED"