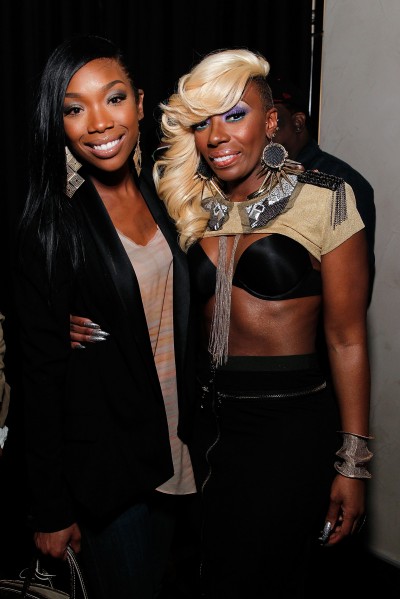 Brandy lent her support to some of R&B’s rising stars at BMI’s “Live From Loews” showcase on Thursday. Fresh off the release of her new single “Put It Down” featuring Chris Brown, the 33-year-old singer helped introduce the new wave of talent including former Dirty Money member Kalenna, India Shawn, Tiffany Bleu, and Shay Mooney, who performed to a standing-room-only crowd at the Loews Atlanta Hotel.

Brandy mingled with guests including T-Pain, while BMI’s Legends of ATL award was presented to producer Mr. Collipark for his contributions to the Atlanta music community.

Behind The Scenes: Rihanna's "Where Have You Been" Video Shoot (Part 3)