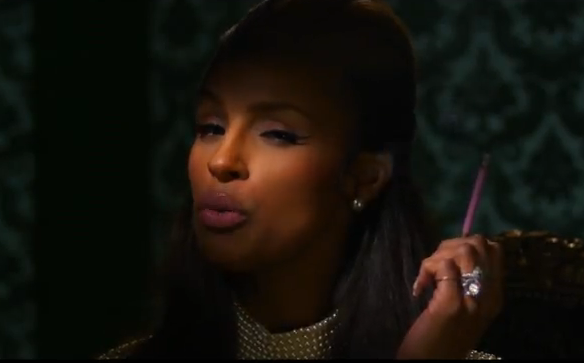 Melody Thornton continues on the promo trail for her critically acclaimed mixtape, “P.O.Y.B.L.” The former Pussycat Dolls singer shows her cinematic side in the dramatic, seductive visual for “Smoking Gun.” Speaking about the video Mel said, “Smoking Gun is one of the four original songs on my mixtape P.O.Y.B.L. It’s always fun to play dress up and for this video I took inspiration from the tortured Mob Wives in the notorious movie GoodFellas.”

Directed by Hyperballad, who added, “We were moved by the bittersweet undertones of the track and collaborated with cinematographer George Su, to capture a nostalgic style influenced by classic pulp films.”

Check out the brand new video clip below…

What do you think??
Tags: melody thornton