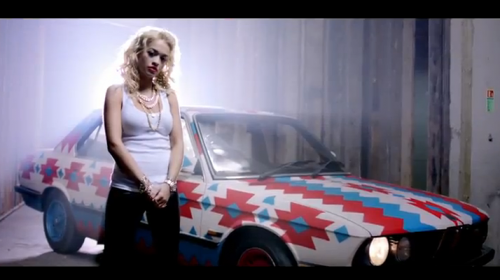 With a No. 1 single already under her belt (“Hot Right Now” with DJ Fresh) and an opening slot on Coldplay’s European tour this summer, the much-buzzed-about Rita Ora burns up the screen with the music video for “R.I.P.,” her Drake-penned single, featuring British MC Tinie Tempah.

Rita’s Roc Nation debut album, which has been two-and-a-half years in the making, is due this summer featuring some familiar names including Stargate, The-Dream, will.i.am, and J. Cole.