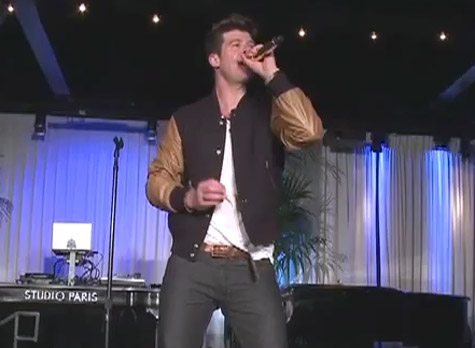 Robin Thicke had the ladies swooning with his sultry cover of Marvin Gaye’s classic “Sexual Healing” at the launch of VH1 ‘Save The Music’ Foundation’s 2012 Songwriters Music Series at the Paris Club in Chicago last month.

The R&B crooner will appear as a judge on ABC’s new singing competition “Duets,” premiering May 24, and is working on a screenplay, which he describes as a “thriller, adventure, romance” story.

Get a dose of Thicke’s sexual crooning below.