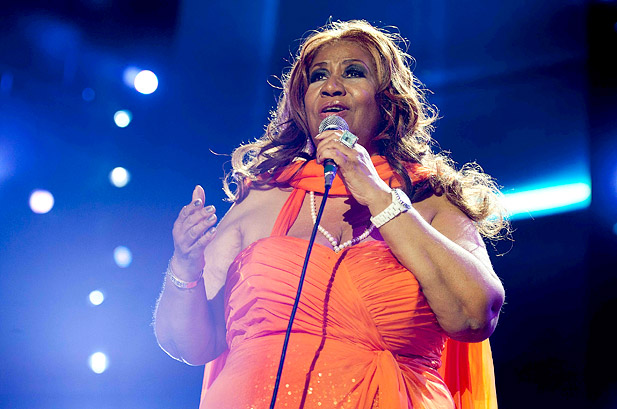 Billboard is reporting that Aretha Franklin has a message for Kathie Lee Gifford: Show some R-E-S-P-E-C-T!

The queen of soul took issue with Gifford and co-host Hoda Kotb about remarks made during their morning show regarding her offer to judge “American Idol.”

Gifford suggested that Idol viewers are unaware of Franklin’s musical legacy or who she is, an odd claim considering Franklin’s “(You Make Me Feel Like a) Natural Woman” is often performed on the show.

“If they are looking for a younger demographic, there are a lot of kids out there (who) actually don’t know who Aretha Franklin is. It’s sad, but they don’t,” Gifford said.

Adding fuel to the fire, E! correspondent Jason Kennedy noted that the 70-year-old soul singer doesn’t like to fly and may not make it to auditions.

That was enough to draw Franklin’s ire, prompting a tersely worded e-mail to CNN in her defense.

“While I enjoy Kathie Lee and Hoda daily, her assessment is totally wrong!” wrote the 18-time-Grammy winner. “I’ve been to California from Detroit four times this year and Florida. I go wherever I choose to go comfortably on my custom bus.”

Franklin especially took offense that she is too old for the Idol audience, and insists her fans are multi-generational.

“My audience and fans span the age of eight to 90! And are multi-ethnic, and I am very well known to young adults, tweens and teens. Their parents play my music and I take care of my business whenever I sign on the dotted line,” she said. “I’m surprised Kathie Lee did not research my worldwide celebrity audience! She’s usually right on top of things with a great sense of humor, but she’s totally wrong this time. She should research me before she speaks about me. I’m sure she thought she was right; still enjoy Hoda and Kathie Lee!”

Franklin reiterated that she is serious about her intentions to judge the show and suggested her presence will invigorate the process for more than one season.

“I could enjoy being a judge for a season or two. Let’s kick it up a few notches and have a slammin’, jammin’ season,” she wrote.

On Tuesday, Gifford tried to diffuse the situation by apologizing to Franklin. Watch:

Video: Ne-Yo - Let Me Love You (Until You Learn To Love Yourself)