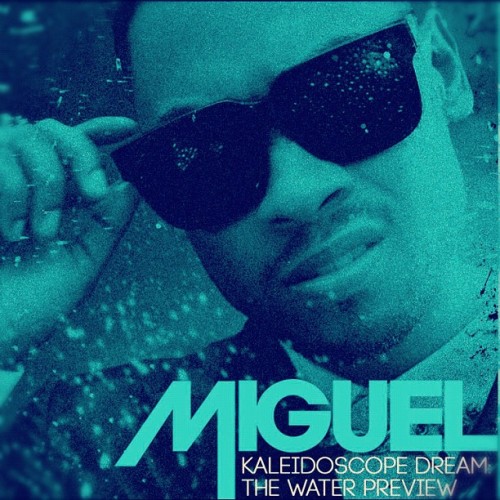 After much-anticipation Miguel has announced the title and and release plans for his sophomore album! The singer-songwriter is continuing with his unique marketing for the release of — Kaleidoscope Dream, which like his ‘Art Dealer Chic’ EP series will be in three parts, starting with the first section on July 31.

But, before next Tuesday, you can preview the first 3-song set, Kaleidoscope Dream: Water Preview now!!

According to SPIN, who just exclusively premiered it,

The second release, another three-song set and titled Kaleidoscope Dream: Fire Preview, is set to hit iTunes on September 11. The final full-length release, simply called Kaleidoscope Dream, will bring together the two digital EPs alongside five new songs and is due out in digital and physical form on October 2.

The album title holds a clue the album’s inspiration. “I believe dreams represent the purest form of fantasy we unleash through our subconscious,” Miguel says in a statement issued by the label. “They represent the truest freedom we can experience. Totally unrepressed and totally creative.”