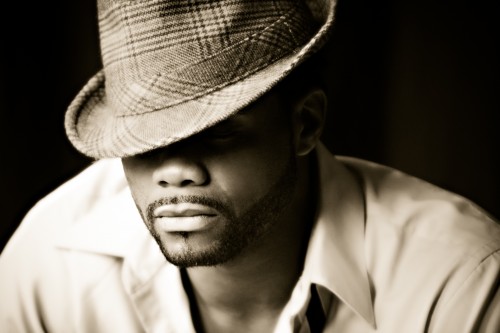 Tanek Montgomery is the latest addition to the ranks of up and coming R&B/Soul artists, hailing from the suburbs 20 miles outside of Pittsburgh, PA known as New Castle, but now residing in Los Angeles, CA.

Contrary to the masses, Tanek’s musical upbringing was slightly unorthadoxed. He didn’t start singing in the church. He actually started quartet singing with small groups in the neighborhood, local house parties, fund-raiser events, birthdays, etc. Tanek dedicated his life to wrestling and football for most of his childhood through high school, however; he could never deny the escape, desire and passion he possessed in singing. Tanek didn’t start singing in the church until he was 17 years old and joined a group called, “Voices From Heavens Gates,” and began performing at many different churches in the Pittsburgh area. Tanek sang at hundreds of weddings and anniversaries and performed on many stages in his lifetime. There were many people that always told Tanek his talent and super natural GOD given ability superseded his imagination and the place where he was. Tanek’s mother always had this saying, “Everyone cannot tell the same lie.” Everywhere he sang he received so many praises and accolades. No one could understand why he was not signed to a label.

Tanek is currently in the studio writing and producing for an EP. Take a listen to the first single “Lovin’ You Better” now.