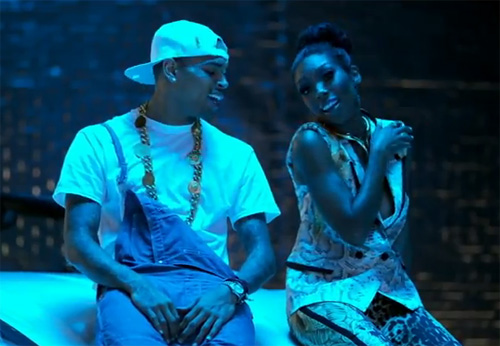 Brandy has finally ‘put it down’ with the official premiere of her music video for “Put It Down” featuring Chris Brown. The 33 year old takes it old school with her signature braids, gets intimate with her R&B co-star and shows off some sexy moves, backed by her girls, for the colorful Hype Williams directed visual.

Watch the full video now below…