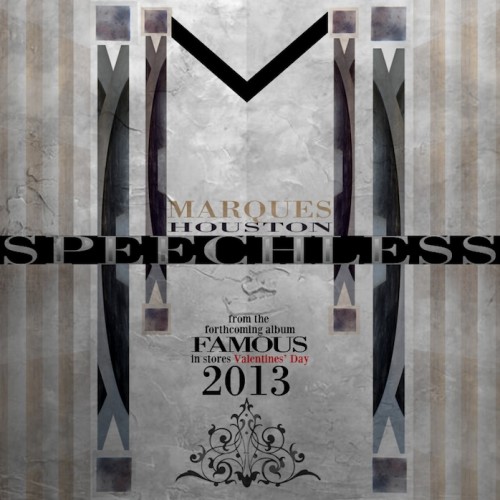 Marques Houston is back and ready to make a return as the singer/actor works on his forthcoming album titled Famous, due out on Valentines Day 2013. As an opening look into the project Marques has released the first single, “Speechless.” A subtle, doo-wop inspired jam, strung together with a chilly falsetto. An impressive return from the crooner who’s last album Mattress Music was released in 2010.

Take a listen below… What do you think??