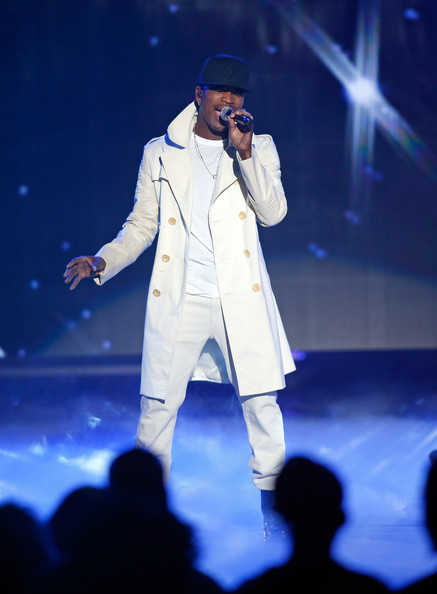 Let’s hope what happened with Vegas last night doesn’t just stay in Vegas, as peace, love, and soul shined through at the 2012 Soul Train Awards. Hosted by Cedric the Entertainer, the 25th annual show was held at Planet Hollywood’s PH Live on Thursday, and featured performances from many of R&B’s finest including, Ne-Yo, Keyshia Cole, Miguel, John Legend, Fantasia, Elle Varner and TGT (Tyrese, Ginuwine & Tank).

Newcomers Leah LaBelle and Marcus Canty also blessed the stage, while Stevie Wonder led an all-star finale as a photo of President Obama was displayed on the screens and confetti fell from the sky.

The Soul Train Awards 2012 will air on BET and Centric on Sunday, November 25, at 9 p.m. EST. Peep all the photos below…