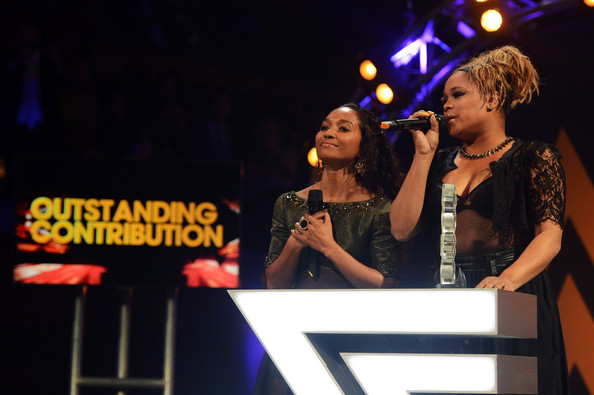 Speaking at the Mobo Awards in Liverpool, surviving members of TLC, T-Boz and Chilli, announced their plans to return to music with a brand new album, their first in a decade. The R&B legends last album 3D, was released in 2002 following the death of Lisa “Left Eye” Lopez.

“We’re going to still sound like TLC, evolving to whatever level we need to be at this time,” said T-Boz. “We’ve always grown throughout the years and have always had our own sound. That’s what works for us and we don’t have to worry about anybody else. When that stops working, maybe we’ll hang up the towel, but that still works. We have to get into the studio and start feeling how we feel. You have to find yourself first and then you find the path and then you have an album before you know it.”

T-Boz and Chilli are also executive producers of their forthcoming VH1 biopic, and are about to cast actresses to play themselves.

What do you think, are you excited to hear new music from T-Boz and Chilli??

Emeli Sande In Love with Song She Wrote for Rihanna

Ne-Yo Performs "Let Me Love You" on 'The View'