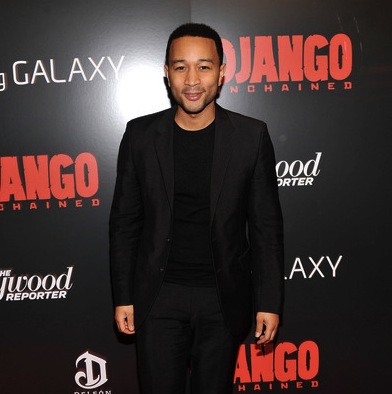 John Legend‘s new song “Who Did That To You,” from the soundtrack to Quentin Tarantino’s acclaimed new film ‘Django Unchained,’ is nothing short of excellent. If you have already seen the film you should be surprised to know Legend wrote the song without visiting the set, seeing the film, or even the scene it would appear in. The R&B crooner recently spoke with Rolling Stone, prior to the films debut, about creating the record, and how it ended up making the film.

The gritty and grimy track, produced by Paul Epworth, includes a sample of Mighty Hannibal’s 1967 single “The Right to Love You.” Legend explained this became inspiration for a song fitting for a Tarantino production.

“The samples and different musical elements that Paul was bringing in, it just felt like we were in a creative space to create something that would be cool for Quentin,” Legend said. “The sample had some of the flavor of the kind of music that I associate with Tarantino movies. It’s really cool, it’s almost campy, and it’s got a sort of vintage to it.”

Only knowing of the main plot scheme, John’s song ended up working perfectly setting up one of the films final scenes. “The writing is pretty straightforward, and it is pretty spot-on in terms of the themes of the film,” Legend said. “It’s about retribution, it’s about avenging your lover’s honor, it’s about a desire to find your love and exact retribution on whoever harmed her, which obviously fits perfectly with the plot of Django.”

The task to submit a record for a Tarantino film is not as simple as emailing though, “We heard from an inside source that [Tarantino] really likes listening to music on cassette in his car,” Legend said. “So we converted the digital material into a cassette and I wrote him a note and I said, ‘I wrote this song for your film, wanted to know if you would use it.'”

During the films premiere at the Ziegfeld in New York, Tarantino explained, he received the tape with two months left in the shoot. “If I had gotten a link or something to plug into my computer, I would have thrown that shit away, because I don’t know how to do that shit, but I got a cassette tape, and that I know how to play.”

Django Unchained is in theaters now! Hear the song here.