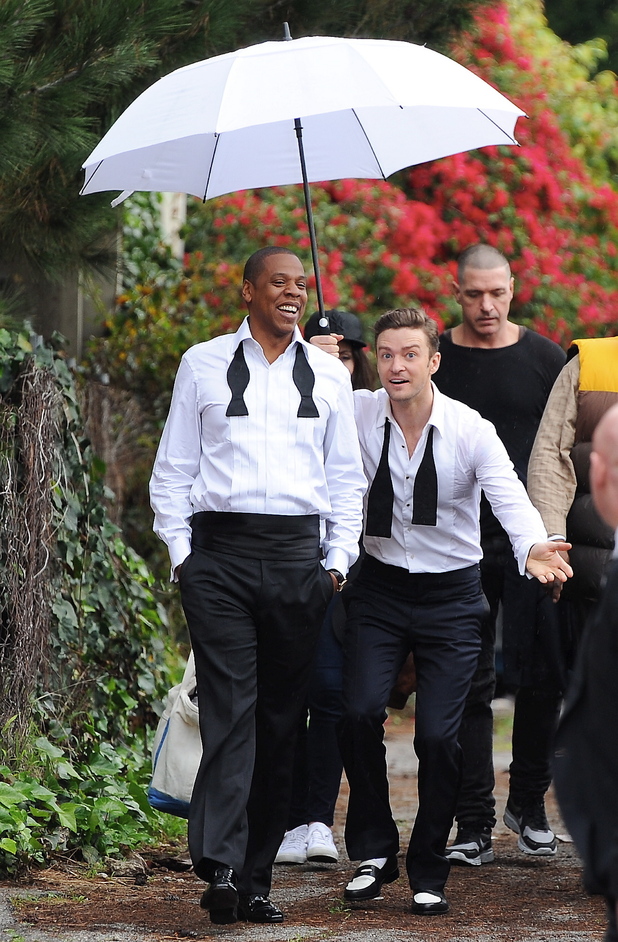 Following the dapper, black-and-white lyric video from earlier this week, Justin Timberlake was back in front of the lens, with Jay-Z to shoot the official music video for their growing hit single “Suit & Tie.” Shot in Redondo Beach, California, the stars were caught sharing a laugh while walking to their trailers in matching tuxedos. JT held an umbrella for Hov, making for a funny photo opp for the paparazzi.

In addition to Jay-Z, T.I. revealed that he has worked with Justin on two or three records for his upcoming album The 20/20 Experience including one called “Goodbye Homey.”

“It’s saying goodbye to something that is very special to you,” Tip told MTV News. “Not necessarily a person; it could be a time of your life, it could be an experience, it could be a relationship, it could be a friend that’s passed on. ‘Goodbye Homey,’ it has so many meanings and definitions. So when you hear it, you absorb it, and then whatever it means to you is what we intended.”

Check out more pics of Justin and Jay on set below… 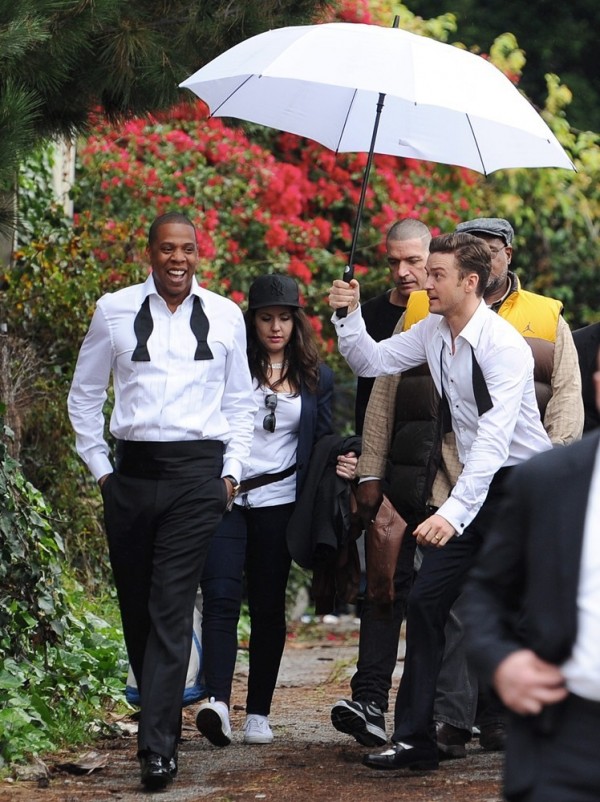 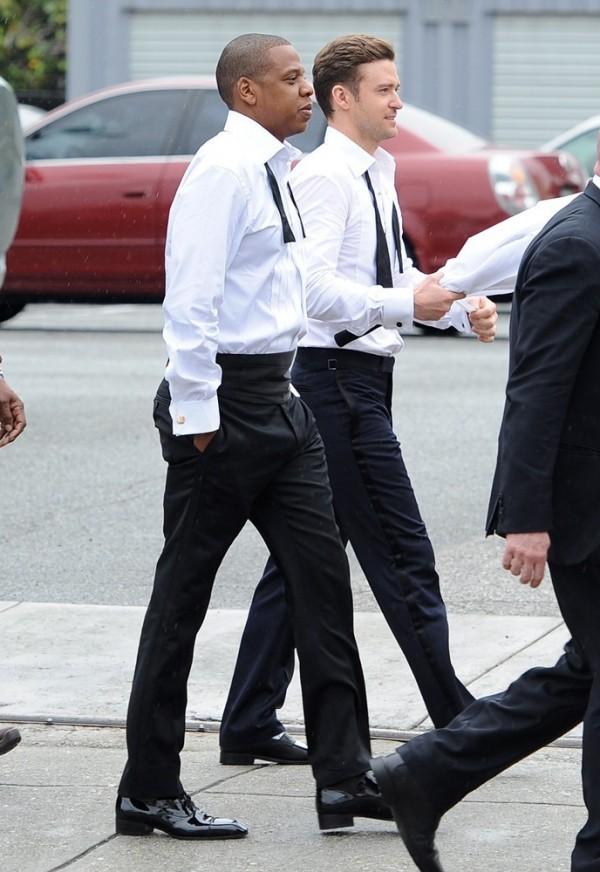